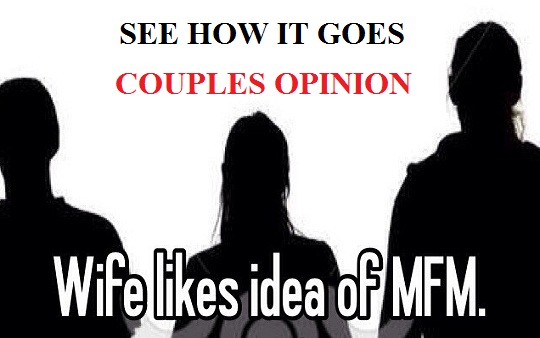 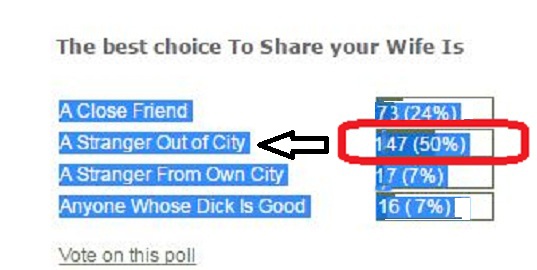 In wife sharing poll 2 , we have asked a question ' What you feel most tasteful in Wife Sharing?' We have given good choice like, One guy having MFM with you and your wife, Two guys pounding your hot wife while you sit and watch, One guy drills her and you watch sitting aside, Or she do it alone in your absence. Only 4% of husbands wanted that their wives do sex with someone in their absence. About 19% think that it is better to have two guys having sex with wife while they sit and watch. About 33% of the husbands think that it is better to sit and watch one guy sharing your wife. In this poll the most favorite option of the husbands was 'One guy having MFM with husband and Wife' and 43% husbands voted in favor of this option. 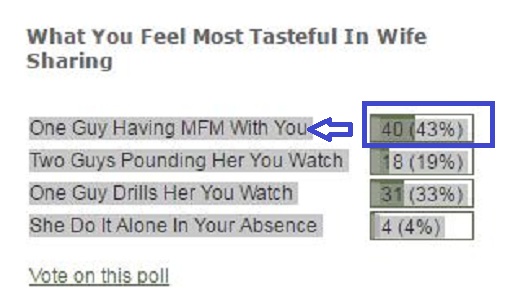 In third wife sharing poll we asked ' Why you want to share your wife?' So many husbands participated in this poll. About 19% of the husbands wanted to share their wives because they have got an average dick. About 20% said that wife wants more dick and she likes new dicks. 7% of the husbands wanted to share wife because getting pregnant was the problem. The most voted option in this poll was ' Looking to share wife for Experience only'. About 53% people wanted to try something different. 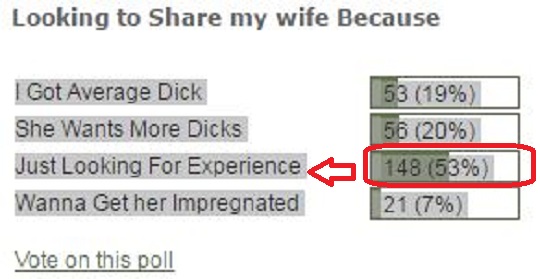 The fourth wife sharing poll was a bit different. We wanted to know that who likes more about wife sharing fantasy. Either husbands or wives , who loves this fantasy most. We got good idea to know that they are 'Husbands who like wife sharing most' , about 80% of the votes in this poll favored husbands. Only 8% of the wives wanted to try wife sharing. 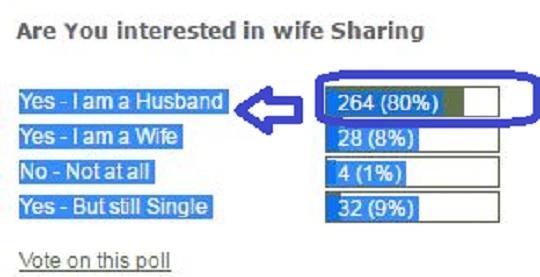 We hope all hot wife lovers and wife sharing husbands would love to participate in our wife sharing polls. Check out more polls here and share your opinion about wife sharing fantasy.

Husband call his Friend to Fuck His Hot Wife.

Husband shares his sexy wife with BBC on vacation